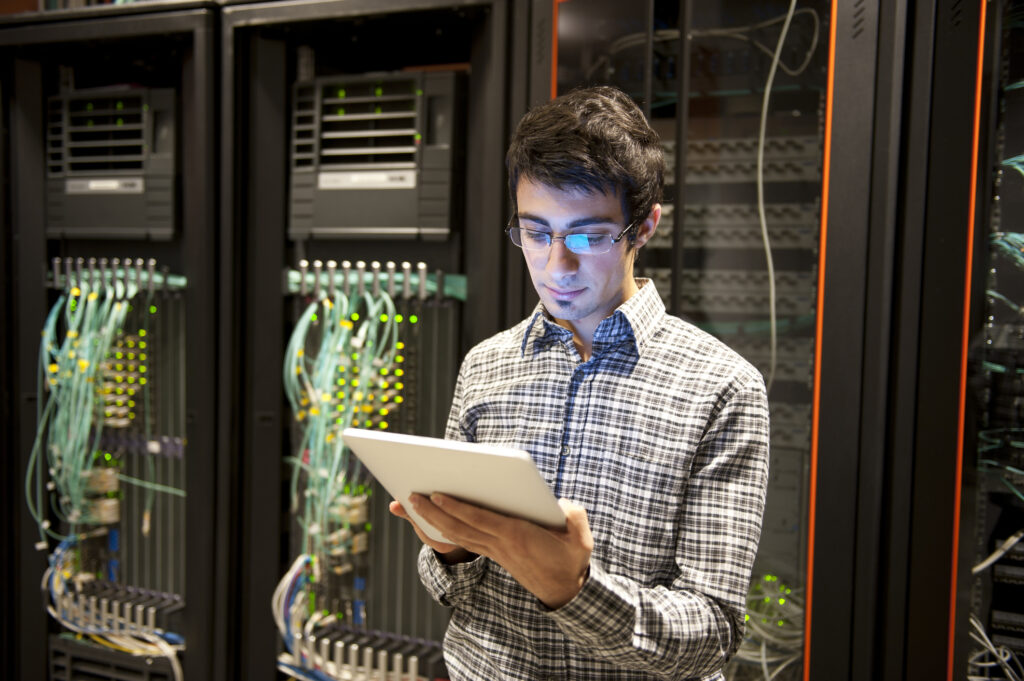 What is Network Security and Why is it Important?

The term firewall originated in the context of stopping a physical fire. However, in the case of network security, it refers to a protocol designed to stop the spread of digital threats. A firewall allows network traffic out but will inhibit any inbound data transfers from unapproved sources.

An intrusion prevention system (IPS) is the network security version of a home alarm. The system’s primary purpose is to alert network administrators and security experts about potential attacks. It can also take predefined measures to stop attacks once they’ve been detected.

Workload security refers to the larger-scale security needs imposed by cloud systems and virtualization. In the past, data consisted of small and discreet packets of information. However, cloud computing has remapped entire operating systems into a fully networked process where any computations might involve network transmission. This increased workload requires enhanced security, and this also goes hand in hand with several other types of computational systems that make larger-scale use of networking.

A VPN (Virtual Private Network) is a private network nested within a more public one. A VPN uses encryption to disguise itself from the main network it’s contained within. VPNs are often an important aspect of network security as it’s a solution for less secure networks. For example, you might use a VPN to send data from a remote connection to a secured internal server. VPNs ensure that data is protected even when the main network might not be.

Antivirus and anti-malware software are automated tools that an IT specialist uses for greater network security. Professional or enterprise-level antivirus and anti-malware are similar to the smaller scale versions used on home computers. The main difference is how the software is distributed and managed within a larger corporate setting. IT specialists ensure that these network security programs are kept up-to-date and properly installed on all organization’s potentially vulnerable systems.

Password protection protocols describe all of the password-related rules used within an organization. For example, you may have submitted a password to a website only for it to be rejected as insecure. You might be required to add capital letters, numbers, or various special characters, or you may find yourself confronted by a notification that you need to change your password as it’s remained the same for too long. All of these rules fall under the larger banner of password protection protocols.

Why Is Network Security Important?

The amount of security issues and protocols attests to a simple fact that network security has become just as important as physical security for most organizations. After all, a company can store everything from finances to trade secrets on its internal network. An IT specialist working with network security needs to guard against digital threats. The following attacks are the most common or significant dangers to network security:

As the name suggests, ransomware holds data for ransom. It’s incorporated into a two-part attack. An initial vector like a virus or worm will infect a system. The initial vector then unleashes a secondary program that locks down files on a computer behind password-restricted access. If the computer’s owner wants to regain access to the now encrypted files, they’ll have to pay a ransom. This is an especially dangerous tactic in corporate settings where the company’s proprietary data might be lost to unscrupulous attackers.

A computer worm is like a computer virus. The main difference is the scope of the infection. A computer worm can move from one infected computer to another without human intervention. This is different from a virus, which needs some form of human interaction to propagate. This makes worms a far more dangerous threat than a viral attack. However, the general public is largely oblivious to the existence of computer worms. As such the popular press often mislabels a computer worm as a virus. The confusion is furthered by the fact that many anti-virus packages also fight against worms. IT specialists need to guard against worms to keep an organization’s network secure.

A DDoS (Distributed Denial of Service) attack can be best described as an attack that leverages quantity over quality. The average DDoS attack is incredibly simple. It’s just a standard request to load network resources, such as the main page of a website. However, these attacks function through the sheer number of requests made at a single time. Even powerful servers are often underequipped to handle millions of concurrent requests. A DDoS attack is often a secondary or tertiary part of another threat. For example, a worm might open someone’s computer for remote use as a DDoS attack point. Thousands of infected computers might behave normally until the hacker is ready to move forward with a DDoS attack. At which point the infected computers become a part of the larger arsenal.

Phishing is one of the more distinct forms of network attack. It’s not really a computer system that’s attacked, it’s the person using the computer. A phishing attack is performed by sending requests for personal information through a computer system. For example, someone might request private information about a company through what appears to be an internally generated email. Once the attacker obtains that information, they can proceed with other forms of attack. A common example is an email requesting someone’s password for verification. The person replying with a password might think that they are verifying it with the company’s IT department. However, unbeknownst to them, the email address was spoofed by an outside party.

What are Some Recent Security Breaches?

Sadly, security breaches are incredibly common. This is why network security experts are in such high demand. While attacks are common, the following examples illustrate just how dangerous they can be to an organization’s wellbeing.

Gas prices are one of the biggest complaints we all have in today’s economy. However, few know that high gas prices can come about through hacking. The Colonial Pipeline attack disrupted gas supplies over a large portion of the Eastern U.S. A hacking group known as DarkSide managed to take control of Colonial Pipeline’s billing and business network, and this led to widespread disruption of the company’s services.

Food prices are another big concern. And, as with gas, prices can be disrupted by hackers. JBS Foods is one of the largest operating meat processing companies. Hackers were able to disrupt the company’s services to a remarkable extent. In the end, JBS paid a full $11 million to the hackers to recover from ransomware.

The National Basketball Association product may be a game. But make no mistake, it’s also an immensely profitable business. And, as such, the NBA is a tempting target for hackers. And a hacking group called Babuk was able to steal over 500 GB of private data about the Houston Rockets. It’s unknown if the demands were met, but the notoriety of the target makes this an exceptionally important example of malicious hacking.

CDProjekt Red is another example of hackers targeting a company with a main focus of gaming. Though in this case, the company works on video games rather than physical sports. CDProject Red is also a notable example of how companies can fight against hacking attempts. While hackers were able to secure the source code for some ongoing projects, the company didn’t pay any ransom. This is in large part because Network Security professionals used CDProjekt Red had strong backup policies in place to restore lost data.

How Do You Learn Network Security?

It’s clear that an IT specialist working with network security needs to manage many different responsibilities. There’s many digital threats and IT specialists need to learn how to use the necessary tools to protect against them.

The sheer number of resources needed to fight digital threats is also why attending an information technology program at a technical school is an easier way to learn network security. It allows you to learn from instructors who’ve worked in the field and encountered those threats. The combination of academic education and real-world experience is a perfect match for you to learn network security.

At ICT, our information technology training program offers two different paths to choose from — an in-depth Associate of Science degree in Information Technology and a streamlined diploma program to help you get to work faster.

We’ll help you decide which path is right for you, but both information technology training programs include industry-recognized certifications employers are looking for from CompTIA and Microsoft.

Plus, after you graduate college, our Lifetime Career Placement Support program will be there to help you find work whenever you need it.

So, let’s take the first step together! Contact us now to learn more.

PrevPreviousWhat is the Basic Function of Accounting?
NextWhat is the Difference Between Bilingual and VESL Programs?Next